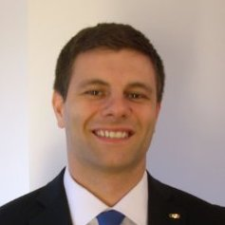 Jason Lemieux is the Director of Government Affairs at the Center for Inquiry. As a U.S. Marine sergeant serving three tours in Iraq from 2001 to 2006, Jason led an intelligence and infantry team in Ramadi. After his military service, Jason enrolled in Columbia University, where he completed his Bachelor of Arts and his Master of International Affairs while exploring numerous roles in nonprofit and public service organizations.

From 2006 to 2008, Jason served as a spokesperson for Iraq Veterans Against the War, and in 2007, he was elected to a one-year term on the organization’s Board of Directors. On Capitol Hill, Jason has served as a fellow in the congressional offices of Representatives Mike Thompson (D-CA) and Charlie Rangel (D-NY), and most recently served as a legislative correspondent handling the Committee on Commerce, Science, and Transportation for U.S. Senator Cory Booker (D-NJ).

All session by Jason Lemieux